I was wondering if you had any comments about the ionic detox footbaths. 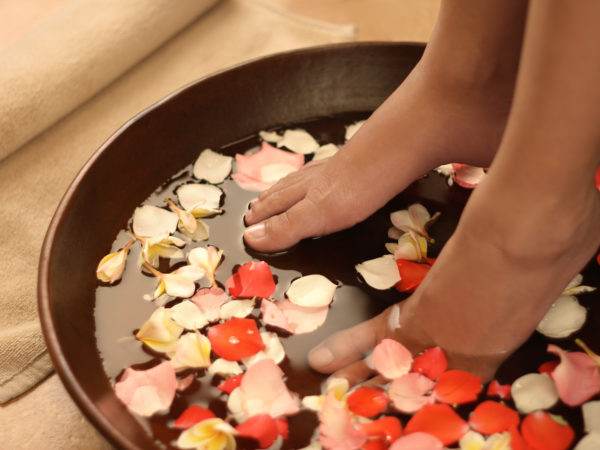 The Internet and other places are promoting ionized detoxification footbaths as a way of balancing cellular energy and removing toxins from the body. They use an electric powered device that is said to produce positive and negative ionized water. Supposedly, the cells in the body are stimulated by the ion. According to the promoter, toxins are washed out of the body through your feet. During the foot bath, the water changes color, going from clear to reddish brown to black, which is said to be proof that toxins are being removed.

According to the promoter, ionic detox footbaths can relieve all manner of physical complaints, including arthritis and joint pain, headaches, fatigue, skin problems, poor digestion, and liver and kidneys disorders.

This is completely nonsense. The doctor was sent by The Guardian to have an ionic footbath. He took water samples and sent them to a lab for analysis. There were no toxins in either sample. When a reporter from Guardian Unlimited suspected that the discolored water might be due to rust, he rigged up a bowl of salt water with two metal nails attached to a car battery and used it as an experiment. The water turned brown with some sludge on top, the same type seen on the footbaths. The iron from the nails caused the change in color. The iron content of the sample of water was found to be the cause of the change in water color.

A footbath can’t cleanse your body or balance your cellular energy. If you buy one of the devices, the only thing you will notice is that your bank account has been adjusted.

Get all latest content delivered to your email a few times a month.